Gárgula Gótica: "I participate in the fair because it is held in Batalha, where I live and work. We should value and help this area to develop"

Known for developing projects outside the conventional, Gárgula Gótica has guided its path through innovation. Present in the international market, namely the United States of America, France and also the United Kingdom, the company aims to direct its bet to the United Arab Emirates. For now, the company will present itself at STONE and showcase the current project it is developing for the city of Lisbon, revealed Alzira Antunes, CEO of Gárgula Gótica.

How would you describe the work developed by Gárgula Gótica?

Our company is already different from all the others working in the stone industry. So we will make the difference as always because we are already different. We do what others don't want to do, don't know or can't do. We work in sculpture and we do everything by hand. We make unique pieces. We tailor the work to the client.

Have you ever had an order/project that was not as expected?

They are all outside the box. I can say for example that we are doing the reconstitution of a 13 meter high building in thorn in Art Nouveau. The client had a year to find someone to do the building until he found us.

How is Gárgula Gótica working on its presence in STONE?

We already had some ideas and in principle and if everything goes well we are going to have a façade that we are making for the city of Lisbon. It is a replica. We are going to have a part of the façade. The objective is that we will be doing the finishing touches live. They are things that only make dust, don't make noise, and don't make a lot of garbage. It is a piece with about two meters. There is already a defined line of what we intend to exhibit.

What is the objective of the company's participation in the sector's reference fair?

We participate so that companies in the stone industry don't forget that we exist and that we do the jobs that they don't accept or don't want to do. We are very excited about getting back in touch with customers and showing them the work we have been doing for 23 years.

How would you describe the partnership between the Gárgula Gótica and STONE?

We have participated since the first edition and it is always very positive. I still get clients from the first fair we held. They bring us their cards and flyers that we don't even use anymore. It's very interesting. I think I should participate in the fair because it is held in Batalha, where I live and work. We should value and help this area to develop. These are the main reasons that lead me to be there.

We work mostly with foreigners, about 90 percent, namely the United States of America, France, and also the United Kingdom. We work a lot with designers. The rest is important to be made in Portugal. Now there is a different sensibility for restoration. There is the sensibility and also the laws to comply with.

Which markets/countries would you like to find in STONE?

We are interested in working with the United Arab Emirates. I believe it would be very interesting to develop work for these countries. 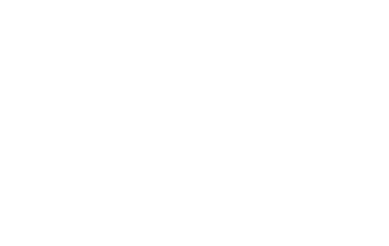